Show here are just a few of the rabbits that we sold, from babies to adults. 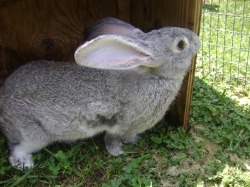 This is just a baby picture of Keith
Kieth has found a new home with a loving family and is now a great pet. :) 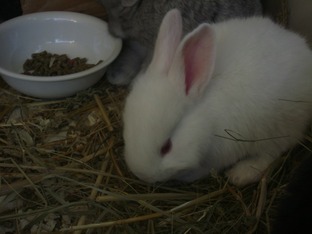 Jack Frost is one of twilights brothers.He loves to snugle in your arms and run around his cage like crazy! He is the bigest of the litter, and has the most fluffy fur too. He's chilling with a friend of ours that raises Flemish Giants. 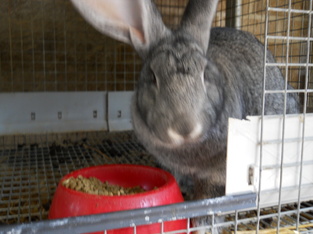 This is also one of Sweet Pea's sisters. Flopsy was given her name because when she was a baby, her ears would flop side to side. She has since outgrown that though. :)  She found a good home with a little girl that will hopefully bring her to some rabbit shows. 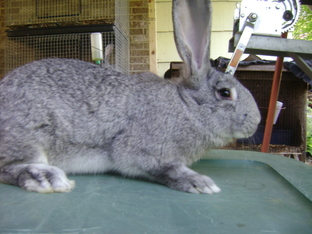 Sweet Pea is One of Twilight's daughters. She loves to snuggle and play. She went home with a nice couple and will hopefully start a new line of Flemish Giant babies. 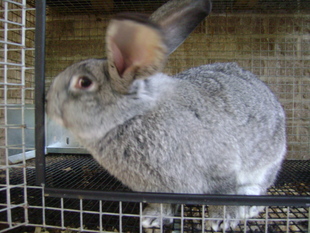 Now, for everyone who likes the Who, it's Pete Townsend!!! Pete is also a kind bunny who used to live with Ringo, his brother. My friend is a Who fan, and she named Pete and Keith. :)  He is a big fuzzy lump and he loves to play. He also is pretty big. We gave him to a neighbor, and he's doing great. :) 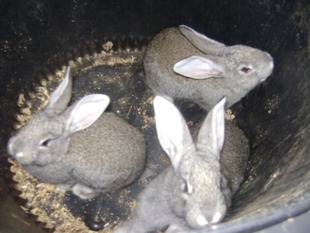 These 3 rabbits are P.T., Lu, and Snuggle-Bug. Snuggle-Bug and P.T. are brothers, while their sister is Lu. They were born in April of 08, and we have sold P.T. and Snuggle-Bug. If you are wondering why our rabbit is called P.T., that's a secret!